Contemplatives and the World, Part II

Shortly after posting Contemplatives and the World, I came across this excerpt from Fr. Wilfrid Stinissen that presses the point even further.  It makes a perfect Part II to the original blog: 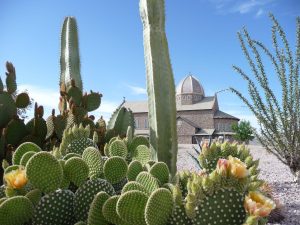 as possible – to a life of prayer and quiet listening, would it then follow that this person is no longer of any use to the world?

We live in a time possessed by a spirit of calculation.  Constantly people ask: ‘What’s the purpose?  How much do we gain from this?  What’s the result?’  Perhaps those who leave this calculation behind, in order to ‘waste’ their time and strength being quiet before God are the ones who serve the world best.

The world, as seen by God, is a gigantic battlefield between Him and the powers of evil, light and darkness.  Most people have no idea of this battle.  But those who withdraw themselves from the stage of the world to become quiet before God, engage themselves in it with their whole being.  Interiorly, they put themselves in the midst of the confrontation between light and darkness.

Jesus didn’t save the world primarily through His preaching and His wonders; it was through handing Himself over in love to die on the cross.  Those who live in prayer constantly die to themselves, and in so doing they open the doors through which the love of God can pour into the world.