“Give Me your sins…”

The economy of salvation is marked by a law whose operation we can still verify in our own lives: the ‘theophanies’, or manifestations of the mystery, are measured by the kenosis of love; the more our God gives Himself, the more He reveals Himself.” – Fr. Jean Corbon 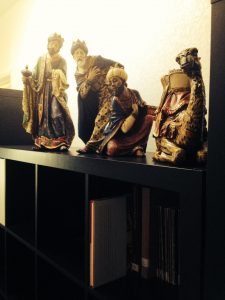 Since Christmas Eve, when we set up the Nativity scene in our house chapel, the Three Wise Men have been traveling down the south hallway, bookcase by bookcase, trying to get to the manger in time for Epiphany.  And thankfully they made it there just in time for First Vespers of the Feast.  Way to go, guys!!!!

As I watched them make their way, carrying their treasures, I tried to make the journey with them, following the light of the Star, carrying my own lttle silver treasure box to present to the newborn King.  For most of the week it was empty…I mean, really, what could I put in it?  – I have no kingly gifts to offer.  I’m poor.  And yet, I wanted to give Jesus with some gift, some token of my love.

And so I asked the Lord to shine His light upon me, that same light that led the Magi to Him.  And the Star began to shine so brightly!…but just like when light passes through a window, I began to see all the streaks, smudges and dirt in my own heart.  Yes, as this light gently shone, I saw more clearly my sinfulness, my faults, the attachment to my own will, my comfort, and my ego.  Simultaneously, though, came the realization that it was these very things that Jesus wanted as my gift to Him this Epiphany.  NO!!!!!!  How could I possibly present to that beautiful King, that lovely Babe something so ugly, so base, so unfit for Him.  My sinfulness is hardly gold, frankincense or myrrh!

Then I remembered the story of St. Jerome:

After many years spent in Jerusalem translating the Word of God, Jerome finished his grand project just days before Christmas.  To celebrate his accomplishment, Jerome decided to spend Christmas Eve in nearby Bethlehem, in one of the many grottoes that dot the countryside. According to the ancient account, sometime around midnight Jesus appeared to him, saying “Jerome, what will you give me for my birthday?”

Immediately and enthusiastically, Jerome declared, “Lord, I give you my translation of your word.” But instead of congratulating him, Jesus simply replied, “No, Jerome, that is not what I want.”

Jerome was speechless. Then he began to complain and remonstrate with Jesus, asking why he had let him go on for forty years, far from home, laboring at something other than what God most wanted from him. But Jesus remained silent. Jerome started suggesting other ways of honoring Jesus’ birthday – fasting, becoming a hermit, giving his possessions to the poor. To each of these Jesus replied, “No. Jerome. That is not what I want most.”

Finally, Jerome protested, “Then you tell me, Lord. Tell me what would give you the most joy on your birthday, and you shall have it.

“Do you promise, Jerome?”
“Yes, Lord, anything at all.”
Jesus replied, “Give me your sins…”

So, in that beautiful silver box, along with a resolution to be ever more receptive to His love and mercy, I placed my broken humanity – with all of my sins and faults – at His feet.  Then I realized,  that is why He came after all!

“Lamb of God, Who takes away the sin of the world, have mercy on us.” 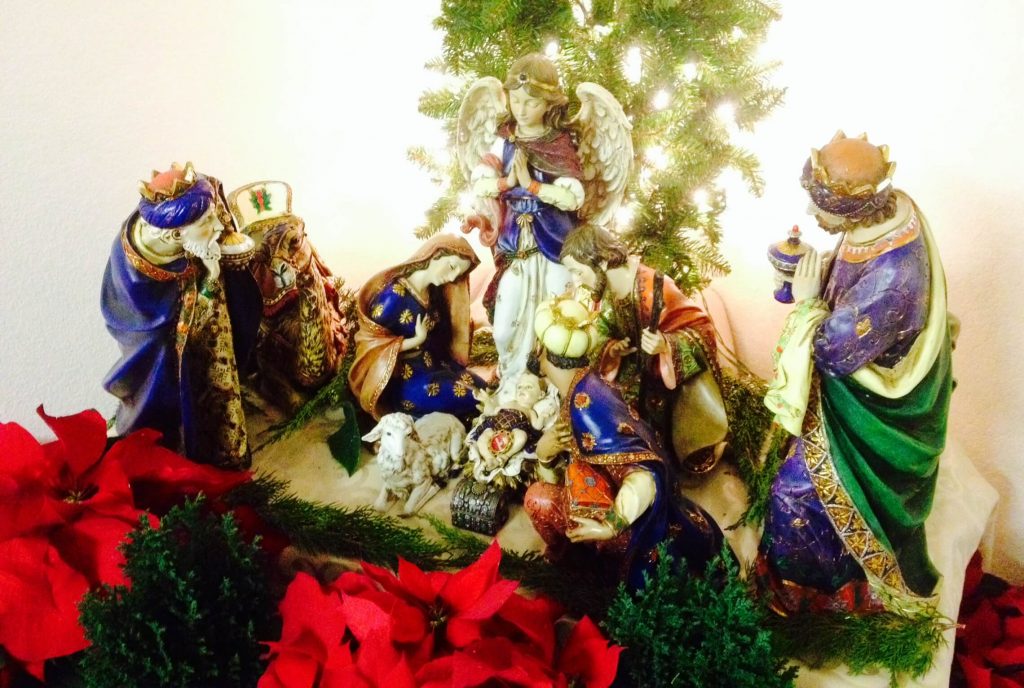