During 2004, the Year of the Eucharist, after much deliberation, it was decided that a new foundation of PCPAs would begin in the Diocese of Phoenix, AZ, at the kind invitation of Bishop Thomas J. Olmsted.  This was to be the first contemplative nuns to begin a foundation in the diocese. 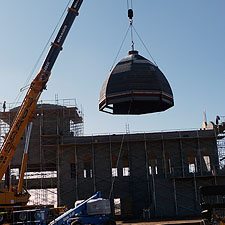 On March 2, 2005, we received the official permission from the Holy See to begin this new Foundation . We find it especially providential that the Lord provided this awesome opportunity to help spread the Eucharistic Reign of Jesus and the beauty of our Order in the Year of the Eucharist and our Order’s 150th Anniversary.

On May 1, 2005, the Nuns left the Alabama Monastery and headed West to begin Our Lady of Solitude Monastery. For the first five years of the Foundation, the Community dwelt in Black Canyon City, AZ (North of Phoenix), in a house provided by the Diocese.

The Chapel was dedicated by Bishop Thomas Olmsted on May 7, 2011.

We continue to fund raise for the construction of our actual cloistered monastery. We live temporarily in modular homes near the Chapel. 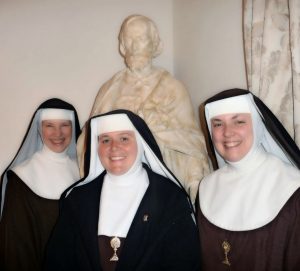